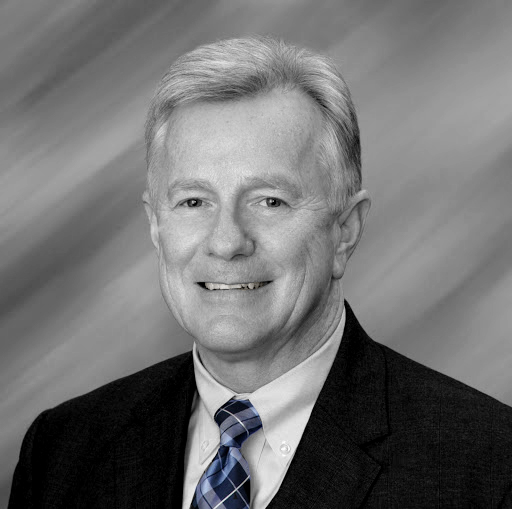 As a DUI criminal defense attorney, Steve Hanna has represented many people who have been arrested on Interstate 80, in Henry County for Drug Trafficking. Steve Hanna also a member of the National College of DUI Defense (NCDD) and the National Association of Criminal Defense Lawyers (NACDL), Mr. Hanna completed the NCDD Harvard DUI Program since 2007 and regularly attends seminars to provide clients with cutting-edge defenses. Steve's philosophy on Criminal and DUI Defense is "Scientific and Technical Defenses are designed to create reasonable doubt. “Doubt” will make the difference between conviction and acquittal."

"When Results Count" is my motto. I know the laws and the exceptions. I attend cutting edge seminars sevral times a year to keep current on scientific and other available defenses. I evaluate every case to determine the best defense available under the circumstances.

I have vast experience and have supporting attorneys and staff to defend the most complex case. We can also efficiently defend smaller cases such as traffic due to the large volume our office handles.

White Collar Crime is a serious offense, going it alone or with an attorney who is ill experienced could make a tremendous difference in the outcome of your case. You could also lose your professional license, or greatly damage your reputation. 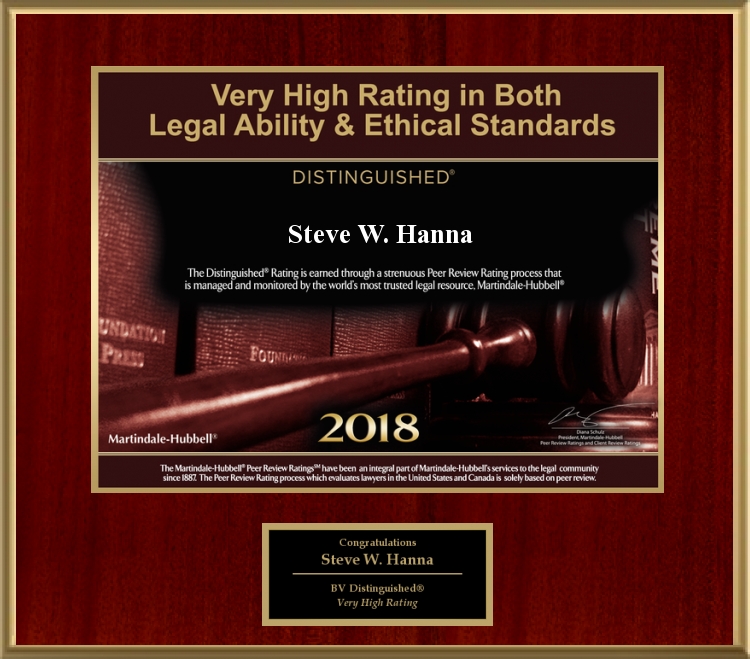 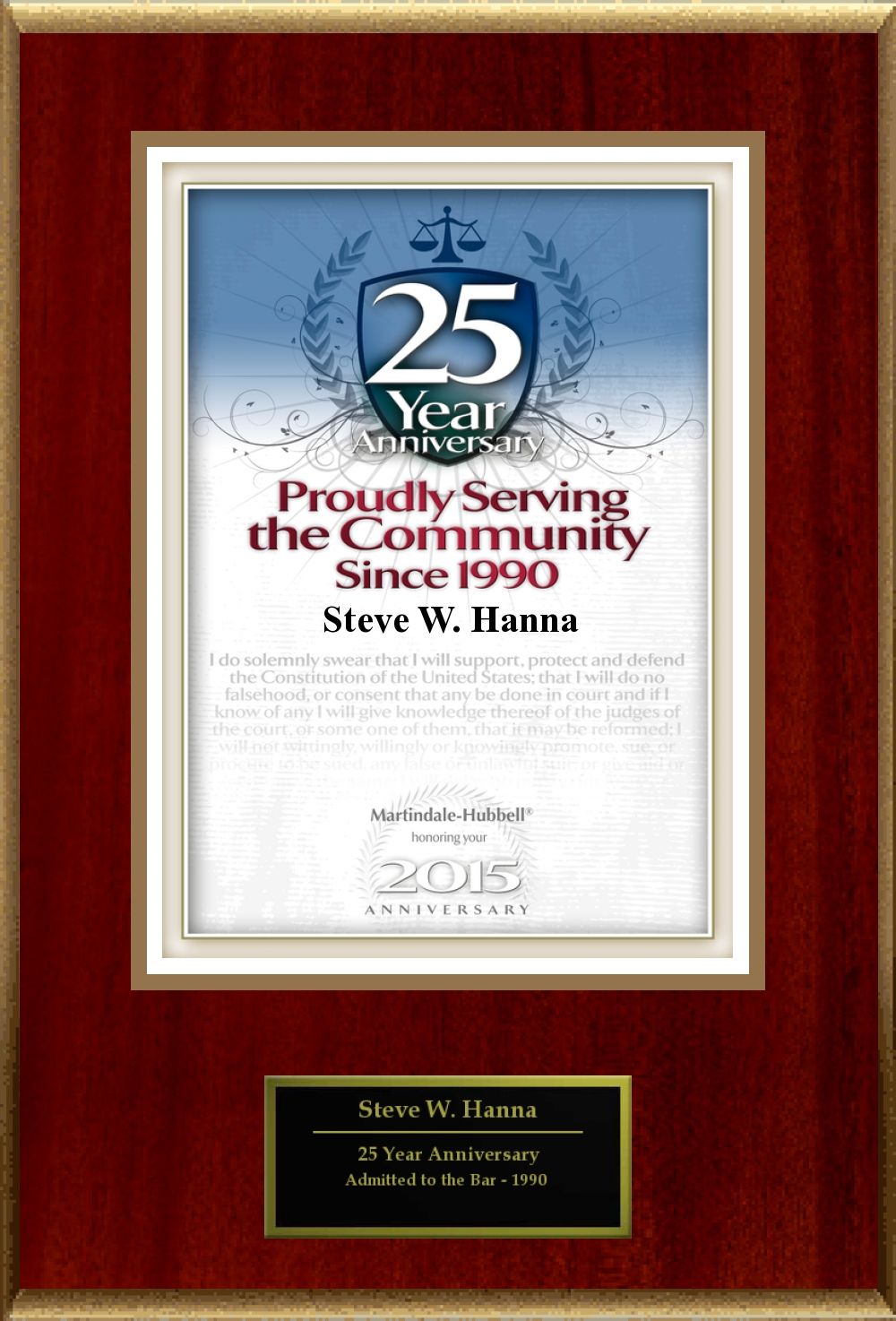 Steve was born in Moline, IL on August 4, 1954. After graduating from United Township High School in 1972, he was a construction worker for International Harvester and John Deere Harvester until he started classes at Black Hawk College in 1983. Steve earned an associates degree and went on to graduate from St. Ambrose University in 1986. In May 1990, he completed his law degree from Saint Louis University School of Law. In addition, he attended University of Iowa, College of Law, for one year as a visiting student. He became an Iowa Licensed Attorney in June 1990, an Illinois Licensed Attorney in November 1990, and in December 1990, he became licensed in Federal Court.

Upon graduation, Steve went to work for a mid-sized law firm in Moline, IL where he focused in insurance defense and general litigation. Since September 1995, he has practiced in criminal defense. Working with Attorney Jonathan Ruud and Attorney Rebecca Ruggero, Steve Hanna has been recognized as an industry leader in criminal defense by Leading Lawyers, and was feature in Leading Lawyers Magazine in 2013, for successfully suppressing drugs  trafficking evidence from introduction into evidence and representing thousands of DUI, OWI, Drunk Driving, and criminal defense clients since 1990. 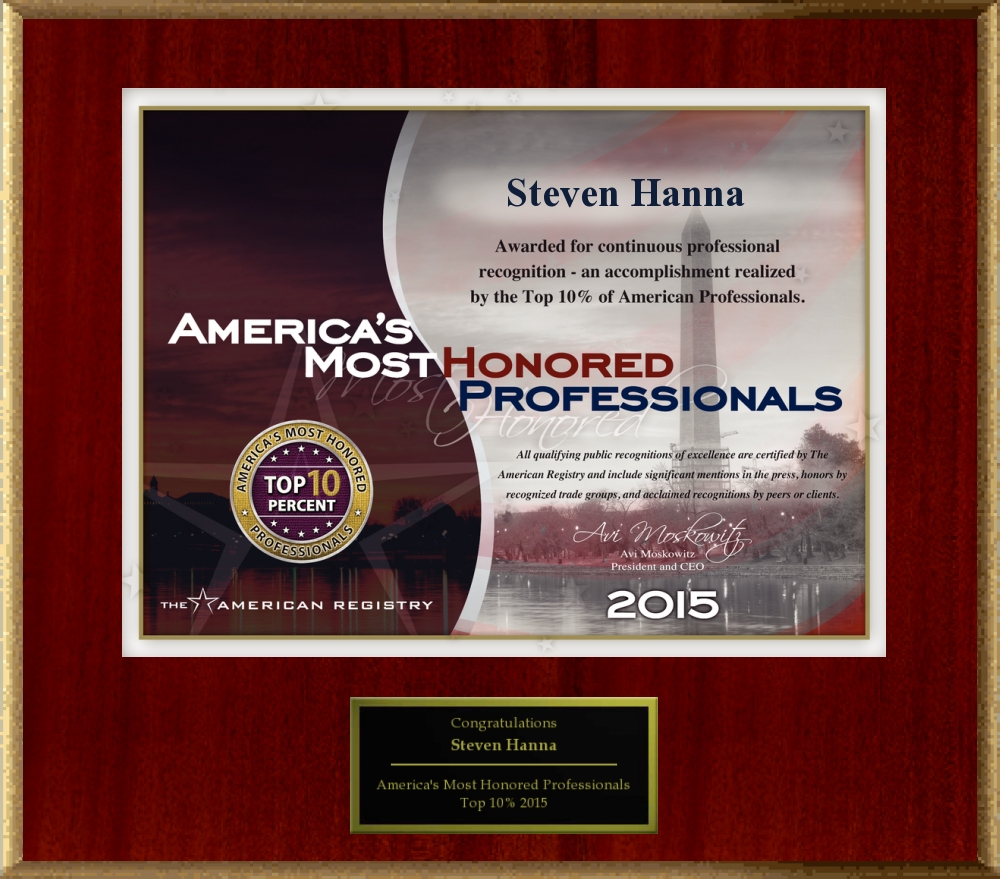 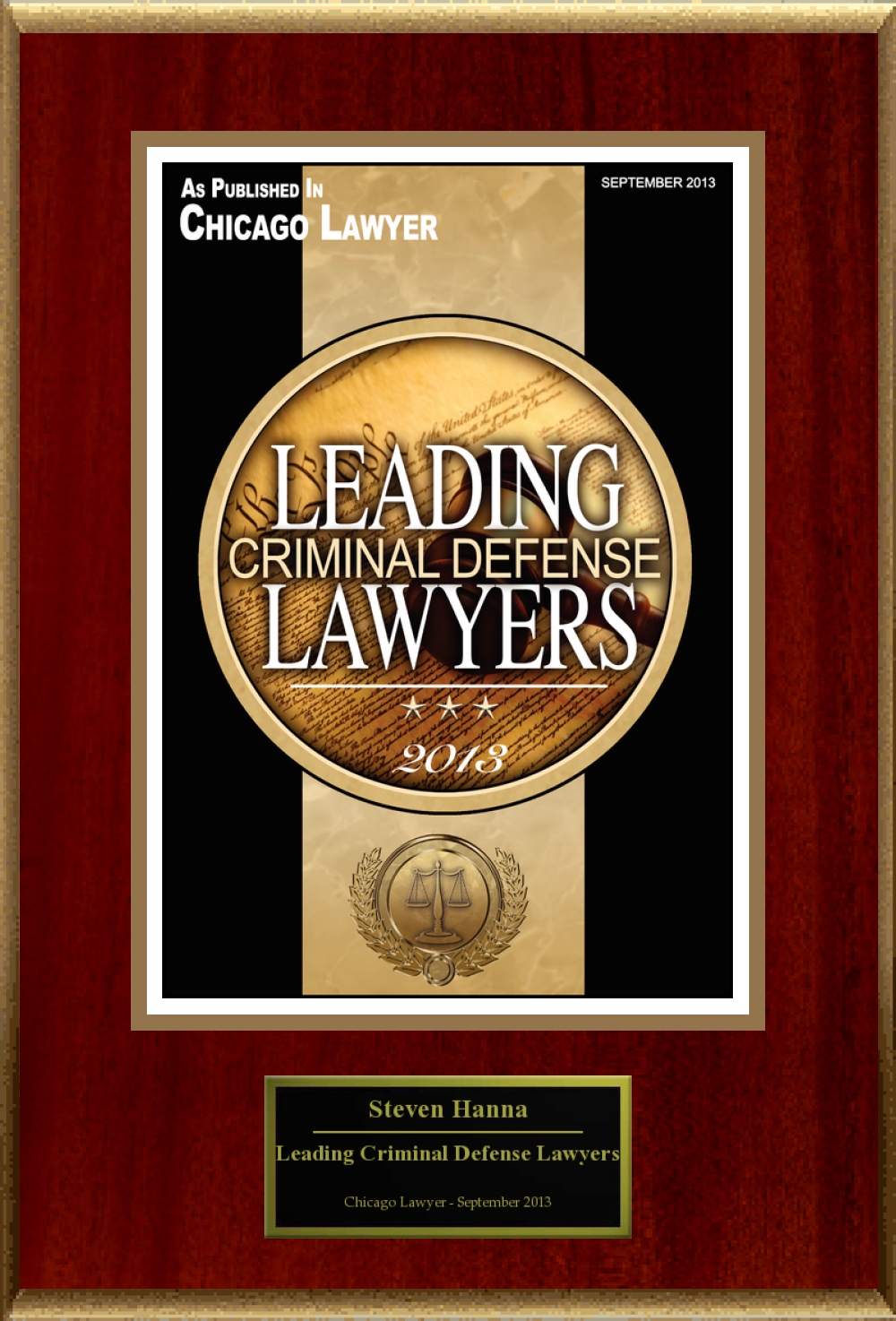 National College for DUI Defense since 2007

If you have been charged or are under investigation for a white collar crime you need an experienced lawyer who understands not only the criminal procedure - but the Science behind the investigatory methods used by the State and Federal agencies. White Collar Crime is a serious offense, going it alone or with an attorney who is ill experienced could make a tremendous difference in the outcome of your case. You could also lose your professional license, or greatly damage your reputation.  You could be facing heavy fines, a lengthy jail sentence, not not mention the stress inflicted upon you and your family. We are here to help!

The laws in Illinois and Iowa are very different, and if you have a drivers license from one state, and a traffic or DUI / OWI offense from the other, you need a qualified Attorney who is familiar with working with the rules and regulations in both states. This is especially true if your Commercial Driver's License  (CDL) is at risk. Our Attorneys are in Rock Island County, Henry County, and Scott County nearly everyday -- Trust your case and Driving Privileges to a firm with proven results.

If you are from Illinois or were charged with trafficking narcotics while going through, you require an Experienced Criminal Defense Attorney who has handled many trafficking cases in Henry County Illinois or the surrounding counties. Attorneys Steve Hanna and Jonathan Ruud research the proof for every situation to find issues in the opposition’s case. Now and again, the police's investigation strategies exceed and they make stops and captures without reasonable justification or reasonable suspicion. Such strategies are unlawful and damage the protected privileges of the accused, and violate the United States Constitution. At Hanna & Ruud, LLC, we research your case in-depth to discover if your constitutional rights have been violated.