Have you been charged with Drug Trafficking or other Drug Crime? You need an Experienced Criminal Defense Attorney 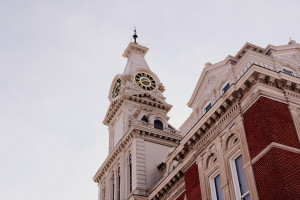 If you are from Illinois or were charged with trafficking narcotics while going through, you require an Experienced Criminal Defense Attorney who has handled many trafficking cases in Henry County Illinois or the surrounding counties.

The State and Federal government classify certain substance as "controlled," it for the most part implies that the use and distribution of the substance is administered by law. Controlled substances are regularly characterized at different levels or "schedules" under Federal and State statutes, for example, cannabis is recorded as a "Schedule I controlled substance," cocaine is recorded under Schedule II, anabolic steroids under Schedule III, under the government Controlled Substances Act.

There are a number of Federal and State Drug Trafficking laws on the books. Both Federal and State laws become possibly the most important factor in drug trafficking cases. Numerous state laws are presented after the Federal laws and give lesser sentencing measures to convicted drug traffickers. Legislators for the most part pass these laws to prevent the distribution of illegal narcotics by drug cartels, yet all the more frequently it is the street-level drug dealers that get indicted. To be sure, the contention around drug trafficking laws is that a negligible “street dealer” is regularly confronted with a lengthy prison sentence and hefty fines, while the leaders of such illegal drug cartels are rarely charged.

The Attorneys at Hanna & Ruud, LLC have handled a great deal of drug trafficking cases including, those who have been accused of trafficking:

Attorneys Steve Hanna and Jonathan Ruud research the proof for every situation to find issues in the opposition’s case. Now and again, the police's investigation strategies exceed and they make stops and captures without reasonable justification or reasonable suspicion. Such strategies are unlawful and damage the protected privileges of the accused, and violate the United States Constitution. At Hanna & Ruud, LLC, we research your case in-depth to discover if your constitutional rights have been violated.