“Thulen yelled “[h]ey, no talking” at defendants, a plain example of “the use of language or tone of voice indicating that compliance with the officer’s request
might be compelled.” Id. at 553. Not only was Thulen’s statement made in a loud and controlling voice, but the substance of that statement was in the nature of an order, dictating what defendants may or may not do. Moreover, the order was accompanied by Thulen gesturing for Lee to come to him and, later, a direction that Lee look at Thulen. In a short span of time, toward the very beginning of the purportedly consensual portion of the stop, Thulen had thus made a number of demands of Lee. A reasonable person would not believe that he was allowed to leave the scene completely if he was not even allowed to speak to his friend.” 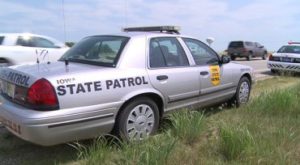 The trial court properly suppressed evidence discovered while the police unlawfully
extended a traffic stop beyond its scope. After pulling over the vehicle for a traffic
violation and issuing a citation, the officers asked the occupants to wait while they
summoned a drug-sniffing dog. The State conceded that the officers lacked probable cause
or reasonable suspicion to extend the stop, having only a hunch that defendant was
transporting cannabis, but argued that any encounter after the issuance of the citation
was consensual because the officers told the defendant and his passenger they were free
to go. Analyzing the encounter under factors found in United States v. Mendenhall,
446 U.S. 544 (1980), the Appellate Court noted that the officers commanded the
defendant to stop talking and ordered him over to his car, actions which would cause
a reasonable person to believe he was not free to leave.