Home » Should I Stay or Should I Blow?

“Why would someone refuse the breath test if they were not drunk?” 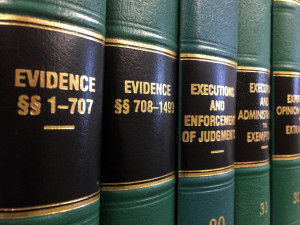 If you have been charged with a DUI in Illinois, you need an experienced Attorney, and Results Count!

Having gone through many DUI jury and bench trials in Rock Island County, Henry County, and the surrounding areas in Illinois that involve a breath test refusal, the number one issue the jury is usually most concerned with is, “Why would someone refuse the breath test if they were not drunk?” This is why it is important for a skilled DUI Attorney to scientifically refute the States Attorney’s evidence, or lack there of. There are many reasons to and not to refuse chemical tests in a DUI case. Many people refuse the breath and standard field sobriety tests because they do not trust the methods or equipment used to administrator the presence of drugs or alcohol, which is completely justifiable. Under the Implied Consent law in Illinois allows a police officer to ask for a chemical sample of a suspect’s blood, breath , or urine. The police officer can even ask for samples of two of the three, and if the suspect does not comply then it is deemed a refusal.

It is the duty of a skilled Criminal and DUI Defense lawyer in Illinois to give the jury reasonable doubt about why the breathalyzer or other tests were refused, and to prove that the government does not have adequate evidence to prove the suspect was under the influence of drugs or alcohol.  Of course there are many reasons why a person would refuse the breath test.  It is “not” the DUI or Criminal Defense Attorney’s job to prove the suspect was not intoxicated. This is because the burden of proof  falls on the prosecutor and it is unconstitutional to shift the burden to proof to a suspect not guilty to the criminal offense.

One important reason anyone could refuse a breath test in Illinois is because there are many potential problems with the state’s breath test equipment,  it is sometimes outdated, not calibrated correctly, and may lack important procedural safeguards.

If you have been charged with a DUI in Rock Island, Henry, Mercer, County in Illinois Call 309.797.9000 – We also serve many other areas in Illinois.